A 71 year old male, immobile and suffering from Parkinson's disease with suspected Lewy body dementia presented with a category 2 pressure ulcer on the lateral aspect of his left heel.

This gentleman was cared for at home by his wife and supported by community nurses visiting 3 times a day. Although well nourished, due to his immobility and particularly due to his long-term comorbidity of peripheral arterial disease great care had been taken to prevent pressure damage and maintain healthy skin integrity. Frequent checks of vulnerable pressure areas and use of pressure relieving equipment were routine aspects of his daily nursing care and frequent observations made by his wife. Despite careful monitoring and his skin being generally healthy and intact it was noticed that he had developed redness on his right heel. It was established this was a direct result of pressure caused by the patient who was very restless and was frequently resting his left heel on the floor for a few hours at a time, which unfortunately went unnoticed. On becoming aware of this issue care was taken to ensure this didn't happen again by prompting him to reposition his foot. However the following morning a blister had formed and had progressed to a category 2 pressure ulcer (EPUAP 2014).

Due to the presence of peripheral arterial disease, the affected leg and the foot was pale, cool to touch and arterial flow was poor however due to his general health vascular intervention was not an option. The blister had broken and had started to necrose therefore it was decided to de-roof the blister and create an acute wound as the tissue was not viable. Because of the initial rapid onset of the pressure ulcer combined with the patient’s comorbidities the decision was made to commence treatment immediately with an advanced wound care product. A treatment dressing was chosen which would reduce Matrix metalloproteinases (MMP’s), keep the wound clean from biofilm and protect the formation of new tissue growth to optimise the wound bed conditions and maximise the potential for healing. The urgency was to prevent this from becoming a non-healing wound and to avoid any associated risks to the patient.

Treatment with TLC-NOSF healing matrix in UrgoStart Plus inhibits excess MMP’s and promotes angiogenesis. The polyabsorbent fibres within the dressing bind, trap and retain exudate, slough and debris. In addition the dressing is atraumatic to remove and helps protect vulnerable peri-wound skin. At onset the wound was 5cm wide and 7cm in length. Exudate levels were low and the dressing was changed during the first two weeks every 3 days and thereafter every 5 days. The treatment was combined with general pressure area care and continuous offloading of pressure to the affected foot.

The wound continued to reduce in size throughout the treatment with the UrgoStart Plus Border.  Dressing changes were gradually reduced after 2 weeks to every 5 days. The patient did not complain of any discomfort or pain on application or removal of the dressing and the nurse found the dressing easy to apply as it conformed well to the heel area. The peri-wound skin surrounding the pressure ulcer  was quite fragile and dry but appeared to improve in its condition and remained intact. No other treatment was required and full healing was achieved within a 5 week period.

The development of a pressure ulcer despite attentive nursing care can be distressing for both the caregiver and the patient.   Due to the patient having existing comorbidities it could be assumed that any wound particularly a pressure ulcer, on an extremity may result in a wound that is challenging to heal. However the nurse, patient and his family were delighted and relieved with the result of the treatment and the avoidance of any complications. UrgoStart Plus is a treatment which is simple and easy to apply and removal was atraumatic and pain free for this patient. In addition a positive result was visible quite early on which provided much needed emotional reassurance for the patient’s family and for the nurses involved in his care.

The decision to start treatment with UrgoStart Plus Border at the initial onset of the pressure ulcer was a key factor. Once an ulcer progresses to a more serious stage, it becomes harder to treat and can lead to complications including infection and possible hospital admission. In this case study a positive clinical result was seen quickly and UrgoStart Plus proved to be a very cost effective alternative to what might have been a long-term non healing wound exposing the patient to unnecessary risks and further distress.

008
A crossover case study to compare the... 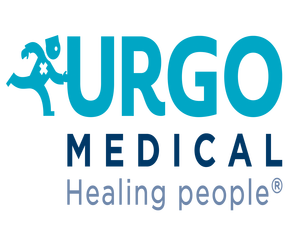