P103
Multiple cutaneous squamous cell carcinomas as a consequence of prolonged immunosuppression during treatment of resistant bullous pemphigoid
Board Screen 4 / Wed 9:00, 03 May 2017

Bullous pemphigoid is the most common autoimmune subepidermal blistering disease. It affects most commonly the skin and sometimes the mucous membranes, with a mean age of onset at 80 years old.1 It appears with itchy localized or generalized bullous lesions but sometimes only excoriations, prurigo-like lesions or eczematous lesions are observed. Resistant bullous pemphigoid requires long-lasting treatment with corticosteroids and other immunosuppressive agents, thus increasing the risk of non-melanocytic skin cancers,  mainly squamous cell carcinoma.2

Cutaneous squamous cell carcinoma (cSCC) is one of the most common skin cancers representing the 20% of all cutaneous malignancies.3 It arises from the malignant proliferation of keratinizing cells of the epidermis or its appendages. cSCC has the possibility of metastasis initially to regional lymph nodes and subsequently to distant sites. Immunosuppression with chemotherapy, classical immunosuppressives or even biologic agents is one of the risk factors for cSCC and among the host factors influencing prognosis. The best illustration of iatrogenic immunosuppression is the group of organ transplant recipients which is associated with a 65- to 250- fold increased risk for developing cSCC compared with the general population.4

A 78-year-old woman presented with multiple bullae localized on the upper limbs and accumulating erosions and crusts on the dorsal surface of the trunk (A). Oral mucosa was also affected with ill-defined, painful, irregularly shaped, buccal and palatine erosions. The lesions had appeared three months prior to our first clinical examination, with coexisting itching and without clinical improvement after treatment with per os corticosteroids and combination of corticosteroids and azathioprine. The immunofluorescence (direct and indirect) and histopathology confirmed the clinical diagnosis of bullous pemphigoid.

Our therapeutic approach to control the skin eruption was a combination of topical corticosteroids with systemic medications, presented in Table 1.

Despite several months of intensive therapy with combined immunosuppressants, the lesions remained below the controllable level (new blisters during all therapeutic regimens and difficulty in the epithelialization of the older lesions). During the eighth month of immunosuppressive therapy a painless, well-defined, warty nodule, localized on the left of the sternum appeared (B). It was 1.5cm in diameter with verrucous, rough and scaly surface. During a complete examination of the entire skin we observed two clinically similar verrucous lesions at the dorsal surface of the left foot, 0.7cm and 1 cm in diameter respectively (C, D). There were no palpable lymph nodes in the axillary or inguinal regions and the ultrasound examination of the regional lymph nodes was negative for nodal involvement.

All of the three nodular lesions had common dermoscopically features: structureless, pink-white background coloration, yellowish to orange masses of keratin especially in the center, coiled glomerular together with linear irregular vessels that surrounded the central mass of keratin (E).

The lesions were surgically excised and proved to be cSCCs with the following histological characteristics: verrucous, well differentiated, tumor thickness <6mm, above subcutaneous fat, without perineural or vascular invasion, completely removed.

There are at least three basic mechanisms through which immunosuppressive drugs could cause cSCC: by an impaired immune surveillance, by a direct carcinogenic effect and by increasing the susceptibility to other carcinogenic agents. It is estimated that decreased levels of IgG and CD4 lymphocytes due to prolonged steroid therapy achieve the normal values not earlier than after 8 months after discontinuation of treatment. Additional to their immunosuppressive capacity, it has been shown that ciclosporine is directly carcinogenic and that azathioprine is mutagenic.8,9

Clinicians should always acknowledge that cSCC, even multiple lesions, may arise during therapeutic immunosuppression for another indication and be alerted in order to recognize and treat them early.

P097
Correlation of clinical, dermoscopical and... 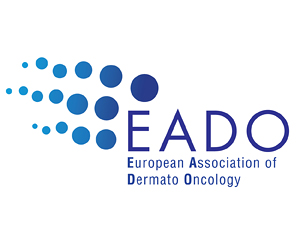